x Thank you for submitting an inquiry. We will get back to you as soon as we can.
x

Embark on a 4-day adventure of a lifetime on our Marvelous Murchison Falls Wildlife Safari. We will explore the diverse and breathtaking landscape of Uganda's largest national Park, Murchison Falls National Park with a stopover at the Ziwa Rhino Sanctuary. We will have a chance of viewing the "Big 5": lions, elephants, leopards, buffaloes, and rhinos. Take thrilling game drives to catch a glimpse of these majestic animals in their natural habitat.

We are sorry, this tour is not available to book at the moment

Before using google maps you must go to Google maps api console and get an api key. After you do, please proceed to Appearance -> Theme options -> Configuration settings and enter your key in the field labeled "Google maps api key"

We are sorry, there are no reviews yet for this tour. 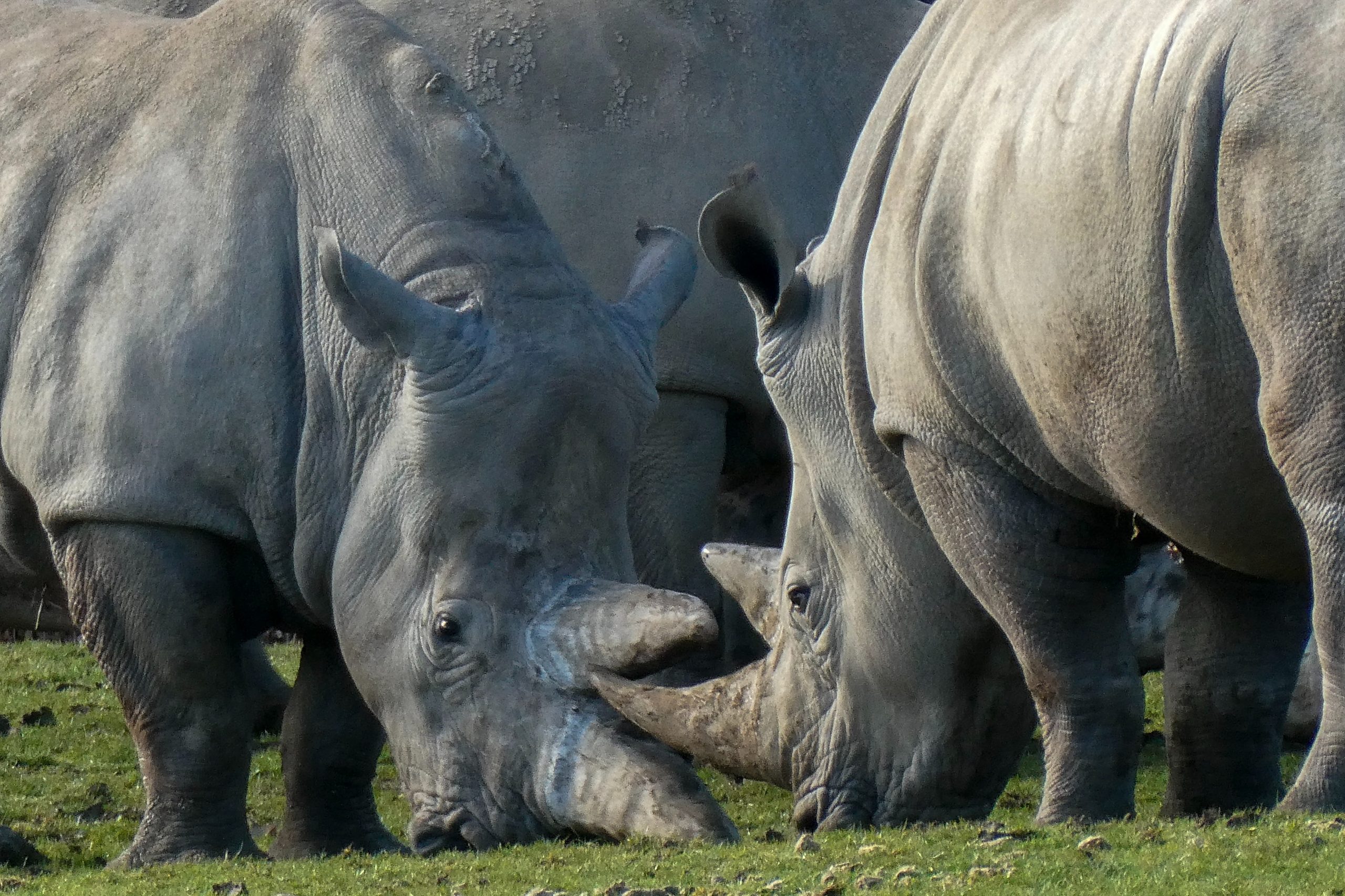 Embark on a 4-day adventure of a lifetime on our Marvelous Murchison Falls Wildlife Safari. We will explore the diverse and breathtaking landscape of Uganda’s largest national Park, Murchison Falls National Park with a stopover at the Ziwa Rhino Sanctuary. We will have a chance of viewing the “Big 5”: lions, elephants, leopards, buffaloes, and rhinos. Take thrilling game drives to catch a glimpse of these majestic animals in their natural habitat. Enjoy an exciting boat cruise to the bottom of the falls, where you will have a chance to see crocodiles, hippos, and a variety of bird species. Hike to the top of the falls for an unforgettable panoramic view of the park. Get ready for an unforgettable experience filled with beautiful sights, sounds, and moments on this safari.

Today we begin our 4 days Murchison Falls National Park safari. After an early breakfast, we will proceed to the Ziwa Rhino Sanctuary. Ziwa Rhino Sanctuary is a non-profit organization located in Nakasongola district, Uganda. The sanctuary was established in 2005 with the goal of protecting and breeding the rhinoceros, which had become extinct in Uganda due to poaching. The sanctuary is home to both southern white rhinos and black rhinos. The southern white rhinos were reintroduced to the sanctuary in 2005, and now there are over 20 individuals. While black rhinos were reintroduced in 2019, the sanctuary now has a small population. Visitors will take a guided trek and a walking safari to see the rhinos in their natural habitat and learn more about their conservation and breeding programs.In addition to rhino watching, the sanctuary also offers visitors a range of activities such as bird watching, nature walks, and community visits. Visitors can also take a guided tour of the sanctuary’s conservation and breeding program, which aims to protect and increase the rhino population in Uganda.

The sanctuary also has a visitor center where visitors can learn more about the history and conservation of rhinos in Uganda. Visitors can also enjoy a picnic or a meal at the sanctuary’s restaurant or take a dip in the nearby Amuka falls.The Ziwa Rhino Sanctuary offers visitors an opportunity to see rhinos in their natural habitat, learn about conservation efforts, and participate in a range of activities that will help to support the local community and the sanctuary’s mission to protect and breed rhinos.

Have lunch and proceed to Pakwach to the lodge along the Albert Nile. We will then check in to our lodge and spend the rest of the day at leisure.

The Albert Nile, also known as the Victoria Nile, is a major river in Uganda that flows into Lake Victoria. The river is known for its scenic beauty and is a popular spot for visitors to the country. The area along the bank of the Albert Nile in Pakwach is particularly notable for its natural beauty. The river is surrounded by lush green vegetation, including dense forests and grasslands, and is home to a wide variety of wildlife. Visitors to the area can see animals such as crocodiles, hippos, and a variety of bird species, as well as catch a glimpse of the traditional fishing methods of the local people. The area is also known for its beautiful sunsets, which can be seen from many vantage points along the river.
The Albert Nile in Pakwach is also known for its cultural significance, as it is considered a sacred site by many of the local people. The Nile also played a central role in the religious and cultural beliefs of many ancient cultures in the region, and it is possible that these beliefs continue to be passed down through the generations. Additionally, the Nile has a long history of being associated with fertility, abundance, and life, so it could be revered as a sacred place for its ability to sustain the people living in the area.
It’s also possible that specific rituals and ceremonies may be held along the river, or that certain areas along the river are considered sacred or special by the local people.
Enjoy the sunset, dinner and overnight along the Nile river.
Click here for Top 10 Spectacular reasons to visit Uganda 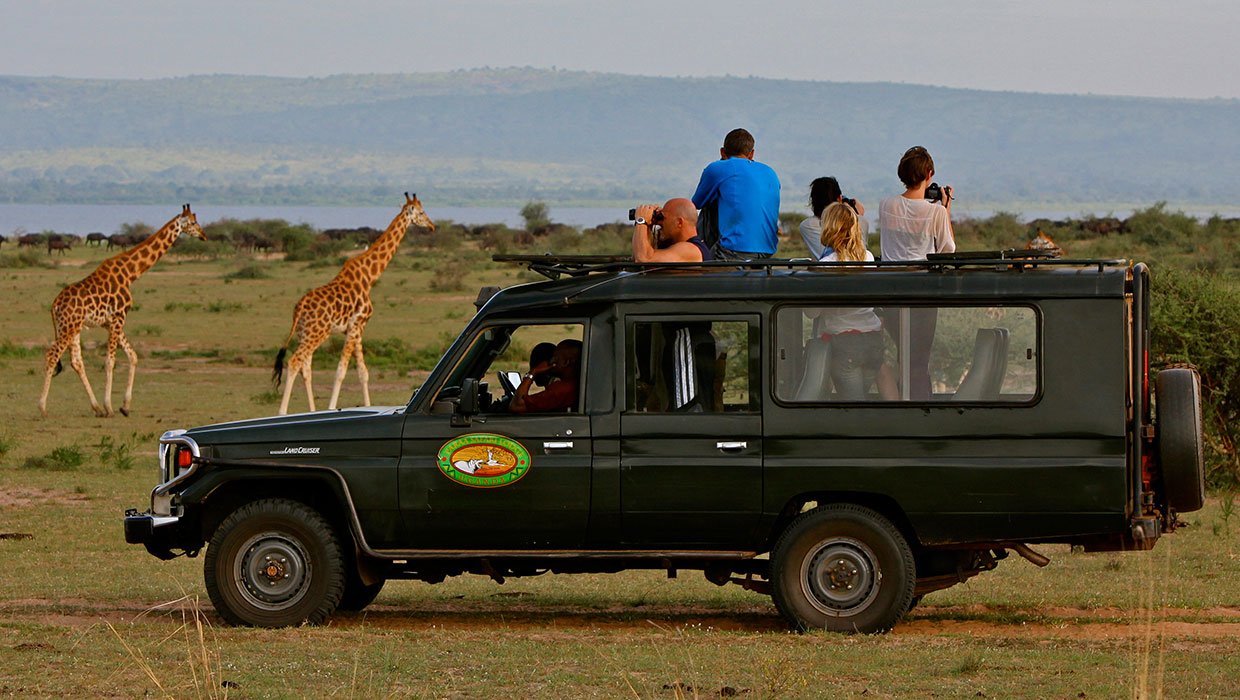 Today we will wake up early for a morning game drive in Murchison Falls Park. Murchison Falls National Park is located in the northern part of Uganda and is the country’s largest national park. The park is named after the Murchison Falls, a spectacular waterfall on the Nile River, which is the park’s main attraction. The park was first established in 1952 and was named after the British explorer Samuel Baker, who was the first European to discover the falls in 1864.
The park has a rich history, as it was one of the first protected areas in Uganda and has played an important role in the conservation of the country’s wildlife. In the past, the park was home to a wide variety of wildlife, including elephants, lions, giraffes, and buffaloes. However, due to poaching and habitat loss, the wildlife populations in the park declined significantly. In recent years, the park has been undergoing a significant effort to restore and protect its wildlife, including the reintroduction of animals such as lions and elephants.
The park is also home to a number of cultural and historical sites, including the Karuma falls and the Karuma Bridge which was built in the 1950s and is a symbol of the park’s history. Additionally, the park is located in an area that has been occupied by human beings for thousands of years, and there are many ancient cultural sites in the park that are of great importance to the local people.
Murchison Falls National Park is now considered as one of the most popular tourist destinations in Uganda, attracting visitors from all over the world to see the spectacular Murchison falls, take a boat trip on the Nile river, and see the diverse wildlife and cultural heritage of the area.

We will go on 4X4 Safari to see the flora and fauna of the park/ Murchison Falls National Park is home to a diverse array of flora and fauna. The park is situated in a transition zone between two major vegetation zones, the Sudan-Guinea savanna and the West Guinean lowland rainforest, which results in a variety of habitats, including savanna, woodland, and forests.

The delta trail, in particular, is known for its diverse birdlife and is a popular destination for birdwatchers. The trail leads through the delta of the Nile river, which is a unique wetland ecosystem that is home to a wide variety of waterbirds, such as pelicans, herons, and egrets, as well as a variety of water-loving mammals such as Nile crocodiles and hippos.

In terms of vegetation, the delta trail is characterized by tall grasses, reeds, and papyrus, which provide a habitat for a variety of small mammals and reptiles. The trail also offers a chance to see the unique vegetation of the delta, such as the Nile lily and the Nile cabbage, which are found nowhere else in the world. Murchison Falls National Park offers a wide variety of flora and fauna, and the delta trail is a particularly special place to experience the diversity of the park’s ecosystems.

We will have lunch at Paraa Safari Lodge. In the afternoon, we will go on a boat cruise to see more of the Ugandan wildlife we can enjoy by the river.

A boat cruise on the Nile River is a popular activity for visitors to Murchison Falls National Park. The cruise typically begins at the top of Murchison Falls, where the Nile is compressed into a narrow gorge, creating the spectacular waterfall that gives the park its name. The boat then proceeds downstream to the base of the falls, passing through the heart of the park and offering a chance to see a wide variety of wildlife and landscapes along the way.

The boat cruise offers a unique perspective on the park’s wildlife, as it allows visitors to get close to animals such as hippos, crocodiles, and elephants that are often difficult to spot on land. It’s also a great opportunity to see a variety of bird species, including the rare shoebill stork, as well as to see the park’s vegetation from a different angle.

During the cruise, visitors will be able to see the delta trail, which is a popular destination for bird watchers, as it offers a chance to see a wide variety of waterbirds, such as pelicans, herons, and egrets. Additionally, the boat will sail past the bottom of the Murchison falls where visitors can take a hike to the top of the falls and see the spectacular waterfall up close.

The boat cruises typically last for about 2-3 hours, and they are usually offered in the morning and afternoon. The boats are equipped with a guide who will provide information about the park’s history, wildlife and culture, while others are self-guided allowing visitors to explore the park at their own pace.

The boat cruise on the Nile is a must-do activity for visitors to Murchison Falls National Park, as it offers a unique and unforgettable perspective on the park’s natural beauty and wildlife.
Those who are willing to engage in more adventure can hike to the Top of the Murchison Falls. One of the most popular hiking trails in the park is the hike to the top of Murchison Falls. The trail starts at the bottom of the falls and follows a steep path to the top, where visitors can see River Nile as it plunges over the falls. The hike is considered moderate in difficulty, and it usually takes about 2 hours round trip. Along the way, visitors can expect to see a wide variety of vegetation, and if they’re lucky, they may see some wildlife such as monkeys, baboons and different bird species.
Return to the lodge for dinner and overnight
For other family-friendly things to do in Uganda click here

Today you will spend the day at leisure. You can enjoy the amenities of the lodge or take a tour around by yourselves.

After a leisurely breakfast at the lodge, we will relax and later head back to Kampala or Entebbe. We will drive leisurely through the districts including passing through Luweero. The Luwero Triangle is a region located in the central part of Uganda that was the site of civil war and political upheaval during the 1980s. The conflict, which lasted for more than a decade, was primarily between the government of Ugandan President Milton Obote and the rebel National Resistance Army (NRA) led by Yoweri Museveni.

Proceed to Kampala or Entebbe where you will be dropped off at your hotel or home of residence.